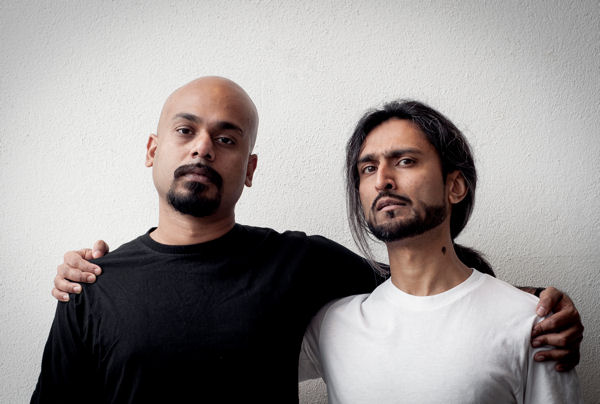 The Shroud is a two-man, miniature epic about loss, time and the things that connect us. A father writes letters to his homesick son. A Kolkata potter shapes clay goddesses from the silt of the Ganges. A young man circles the funeral pyre.

Drawing on Hindu myth, memories and personal letters, The Shroud is composed as a series of interweaving dialogues between the poets and theatre-makers Siddhartha Bose and Avaes Mohammad. The ancient and the modern combine to create an inventive, quietly beautiful meditation on death, ritual, fathers and sons.

‘An epic about how our bodies sometimes remember better than we do especially in times of loss and especially in a world that refuses to give us time to think’- Ian MacMillan, BBC Radio 3

‘Remarkably alive with detail and personality […] powerful, accomplished and thought-provoking’- A Younger Theatre

Read an interview with Siddhartha Bose in Exeunt Magazine