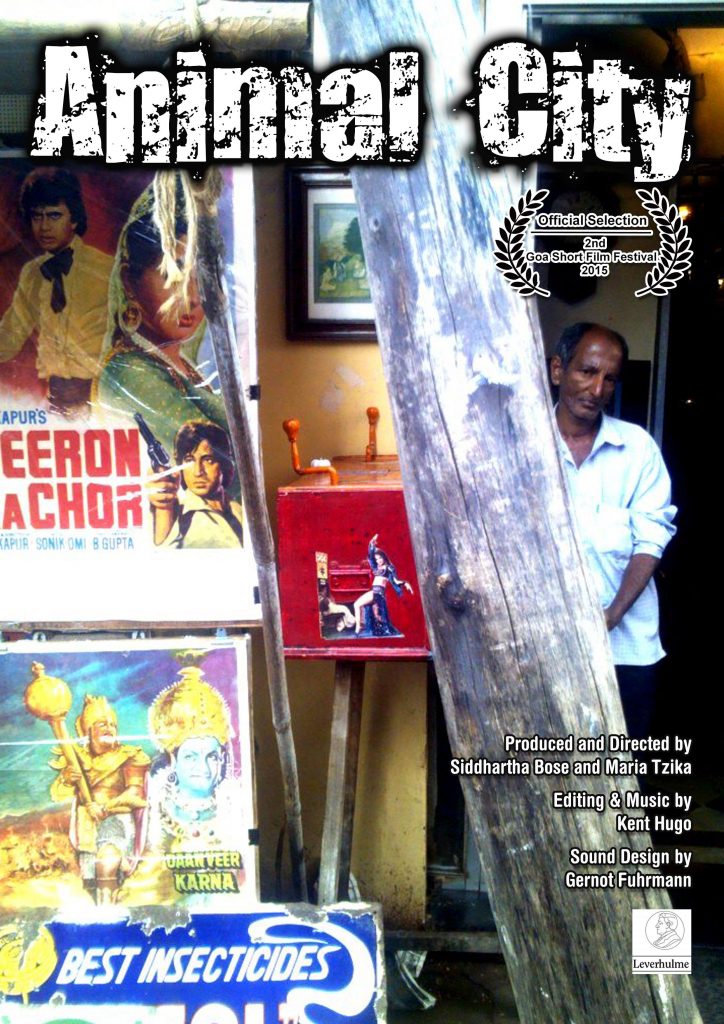 Two years in the making, Animal City is a city-symphony film that paints the myriad faces of
Bombay in the 21st century. It fuses urban film-making with a musical score, creating a style called
‘ethnographic impressionism’ that explores the contrasts of this vast and ever-changing megalopolis.
The film-making process was an urban adventure and the artists were fascinated by various facets of
the city, particularly the existence of ritualistic practices in a cityscape that is dynamic and always
on the move. The film examines the city as a space of performance, change and shock. In doing so, Animal City revisions Bombay for the global age through an audiovisual collage that is vital, experimental, and impressionistic.

This film was developed with the support of The Leverhulme Trust, UK.